Would you consider becoming the Neighbourhood Watch coordinator for the Golders Green Estate?

New Neighbourhood Watch street representatives are also needed to ensure that all roads on the Estate are covered.

If you are interested in either of these roles, please let us know.

Click on the link below to download the latest car and burglary offences in Barnet (September 22nd – October 16th). 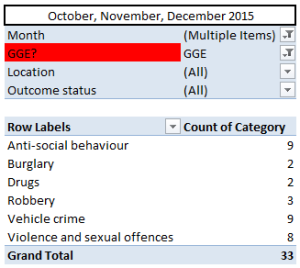 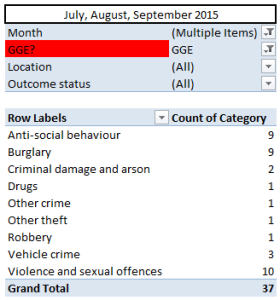 In the 12 months to the end of September, reported crimes for the roads on the Golders Green Estate were as follows:

The Police and Barnet Borough Watch advise residents to remain vigilant throughout the dark winter months and make sure that properties have secure locks on all windows and doors.

When properties are unoccupied, timing switches can be used to switch on lights and radios at certain times, which will give opportunist burglars the impression that there is someone at home.

New Neighbourhood Watch signs have been positioned around the Golders Green Estate, together with signs warning potential criminals that Smart Water has been rolled out across the estate.

Smart water is a new forensic liquid that can be used to mark valuables. Once applied it is almost impossible to remove and can only be seen under UV light. Forensic analysis provides conclusive proof of ownership.